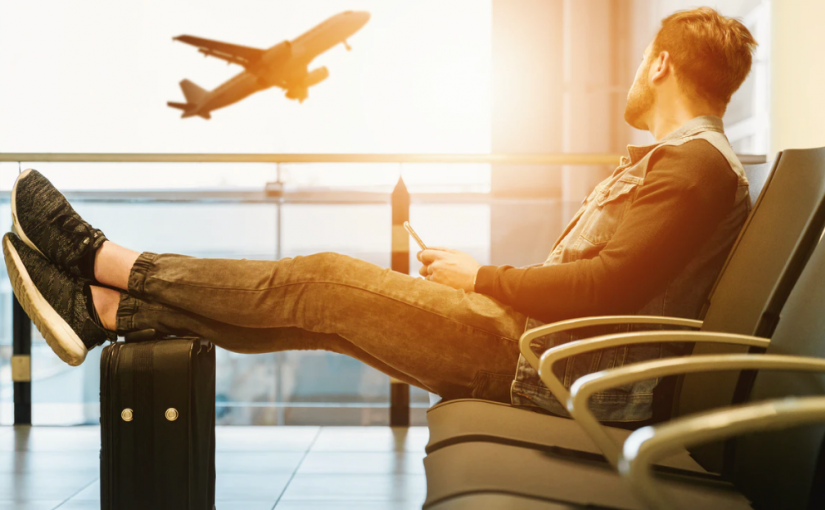 We all know that is quite hard to ignore all those photos of your friends on their Instagram profile from far – flung destinations. Obviously, who wouldn’t want to see The Golden Gate, Eiffel Tower or Buckingham Palace? The only problem is that all of these above-mentioned places are extremely expensive to visit.

If you are willing to go for vacation but at cheap prices then there are thousands of lists out there to look out. Some of them are self – made and some of them are well researched, but if you are looking forward to follow a well – researched, qualitative and comprehensive list then go for The Travel & Tourism Comprehensive Report 2019.

The World Economic Forum published that report and that report gives you a score for each country along with an individual category score on stuff like health & hygiene, tourism prioritization, safety and security.

We have put our heads together and came up with our ultimate list of 7 inexpensive to travel around the world so simply stick to us and we will show you.

We all know that whenever you get to hear about Egypt the first thing comes into mind is The Pyramids, but the thing is that the country is much more than that. All the way from Cairo – Giza, Luxor – Alexandria there are tons of cultural treasures, which Egypt possesses from centuries.

Some major points to be noted also includes sailing the Nile River or the cruise, leering the culture in modern day Cairo, exploring the great Pyramid in Giza or taking a camel ride.

In simple words there are countless words to explore, such as the Temple Complex of Abu Simbel, the Temple of Karnak and the Temple of Hathor at Dendera all of the above-mentioned ones are the top rated attractions on Trip Advisor.

For Egypt tourism is a leading source of income and the one that is growing largely as well. 8 million tourists has visited Egypt in the year of 2017, according to The Telegraph that’s up 2.74 million from the prior year.

Many tourists means lots of competition for your money. For a reasonable room you might have to pay up to $10 – $30 to pay for a meal for 2 people approximately around $5, and that’s what Lonely Planet says.

The only place where you may not be able to save much money is airfare because a typical air ticket costs you $1000 or more for a round trip from US to Cairo.

The thing you SHOULD keep in mind is that there are some areas in Egypt that US State Department recommends avoiding, which also includes the Sinai Peninsula and the Western Desert due to terrorism; also, you should avoid the border areas due to military actions.

On our list Kazakhstan is another country located on the Silk road. Kazakhstan was also a former member of USSR(Union of Soviet Socialist Republics). It is also known as the ninth largest country in the world by area and the largest landlocked country in the world. Its closeness to Europe, Asia & Russia lends itself to various ethnic population.

Kazakhstan has two biggest cities which are known as Almaty & Astana with the latter being capital city. Astana is also known as gleaming modern, well – kept city with advanced architecture. Astana’s most amazing building is the 150 meter tall Khan – Shatyr, which also has a indoor beach!

It is surprisingly easy to get to get here as they have a very highly rated national airline, Air Astana. However from United States you cannot directly fly to Kazakhstan, for a roundtrip of $1500 – $2000 one stop connections are easy. The plus point of US citizens is that they can fly visa free to Kazakhstan for up to 30 days.

According to Lonely Planet if you are flying to Kazakhstan then expect to spend $25 – $85 a day on food, lodging and transportation.

One of the best things about India is that each state of India has an amazing number of things to see and do which includes scrumptious food, vibrant culture and centuries old sights. However we all know that Taj Mahal is one of the most iconic sights of the country, and also we are sure that you won’t want to miss the other landmarks and religious sites. For instance the Swaminarayan Akshardham in New Delhi, in Mumbai the Gateway of India and the Golden Temple in Amritsar.

It is actually a piece of cake to get to India, as there are lots of non – stop and one stop options from the US to choose from, which can cause you between $700 – $1200 for a round trip.

According to the Lonely Planet a budget of $44 – $133 for lodging, meals and transportation should adequate.

While talking about Mongolia, let me tell you something first about Mongolia that it is a home to a large community of vagrants, for visitors Mongolia is a wonderland of landscapes and cultures to learn about. Mongolia is sandwiched between Russia & China and it is considered as the most sparsely populated fully paramount country in the world. Still it is highly ranked by both Travel + Leisure & National Geographic magazines as a place which you actually can’t miss visiting.

Luxury cars are arranged side by side everywhere against a landscape. Same as Lower Manhattan surrounded by the South Dakota, an energetic modern metropolitan is rising out of oblivion said by Pico Ayer of Travel + Leisure magazine.

Well the thing is that getting to Mongolia is tough, whether it is the Gobi Desert which attracts you or the other natural wonders because if you are willing to fly to Mongolia then expect to spend over 24 hours of your time in air with 2 – 3 stop along the way. Although a round trip of this flight will cause you between $800 – $1200.

As Lonely Planet says, expect to spend between $50 – $140 a day on food, lodging and transportation.

Thailand is one of the most popular Asian tourists destinations for visitors from the United States. According to a research over one million Americans has visited Thailand in 2017, and the reason behind that is Thailand has much more to offer with its lively and spirited culture, wonderful food and attractive beaches.

You can actually create any experience you want, in Thailand, either one by Bangkok the capital of Thailand, laying on the beach in Ko Samui, or diving in Phuket. Thalind’s extensive food street scene can’t be missed for those who are a real food lover and if you are a wildlife lover and if you actually want to experience Thailand  then the one of the best way to experience Thailand is through its well – known elephant trekking.

It is a single stop flight from the United States which will cost you between $600 – $1200, so in simple words getting to Thailand is easy. Once you land in then expect to spend between $31 – $144 per day on lodging, meals and transportation, says Lonely Planet.

Sri Lanka is a South Asian country which is located off the south coast of India. Sri Lanka’s history takes back moreover 125,000 years with a rich cultural heritage rooted in Buddhism, which was controlled by British until 1948. Nowadays tourisms is growing up so quickly in Sri Lanka and all credit goes to its attractive beaches, wildlife and natural scenery.

One sight, which cannot be missed at any cost, is Sigiriya. Sigiriya is an ancient stone fortress, which is also considered by some to be the eight wonder of the world. There are many other things which travelers shouldn’t miss also, such as seeing the awe inspiring national parks and Colombo the capital city of Sri Lanka.

A round trip from US to Sri Lanka with at least one stop between the 24 hours long journey will cause you between $1000 – $1300 and as Lonely Planet says that you should expect to spend between $37 – $125 per day on food, lodging and transportation when you arrive in Colombo.

Bahrain’s capital city is Manama, and it is a classic example of modern times, which meets rich history. The best thing about visiting Bahrain is that within the same day you can visit the Al – Fatih mosque, the camels at the Royal Camel Farm and the Bahrain International Circuit for auto racing.

Now talking about the distance then let me tell you that getting to the Bahrain from US will take you in the air for 18 – 20 hours with one stop between. A round trip from US to Bahrain can cause you between $1000 – $1600 and according to the Lonely Planet when you arrive Bahrain you should expect to spend between $140 – $200 on meals, lodging and transportation.

That was the list of those 7 places which you can also visit with a low budget. We would love to hear from you that which one of the above mentioned ones you have tried and which of these above mentioned ones is on the top of your list for your next trip, so simply drop a comment below and share your experiences with us.

Zoe is a very keen writer, she also loves a freebie. Zoe shares her passion for making money, saving money and writes tips about free stuff. She is a keen reader and is obsessed with the book Normal People, as well as the show.