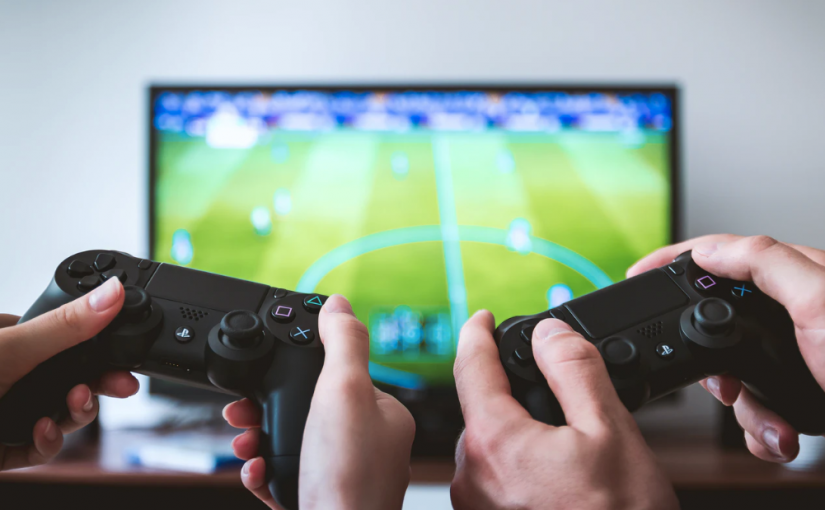 Do you remember that time when playing game was used to consider as a waste of time? Now time has changed and you can actually play games for earning money, and you know what? It does not really matters if you are not a well skilled gamer.

Simply stick to us and we will show you 11 simple and easy means through which you can earn some extra money in your spare time by playing the following games online, and earning money from home.

Websites That Pays You for Playing Games

The first section of this article shows you those websites which pay you cash for playing flash – based games like Virtual Slots, Solitaire or games that you might play on your phone or tablet for fun.

There are some games, which are tournament based while the others allow you to earn rewards by playing alone after completing some particular challenges and objectives.

Lucktastic is a scratch card app, which you can download from App Store or Apple iPhone devices and from Playstore on Android phones in the United States. You can download and play it for free.

At the same time, before you can play there are some ads, which you will have to watch before each scratch card.

You can earn daily rewards by completing different tasks, which includes, playing scratch cards, referring friend. Other than those options, which I have mentioned before, there are many other surveys, which you can complete and ads which you can watch to enter.

By some scratch cards, you will earn cash and others will rewards you with tokens.

You can request your payment Dwolla, or a check through mail, or you can choose AMEX, Visa or Amazon gift card. You can redeem your tokens in exchange of gift cards to lots of different places, which includes restaurants, Walmart, Bed & Bath and many more.

With InboxDollars you can also earn money by playing games. Some of those games are totally free and some of them are paid games which are offered through GSN where you can earn some extra reward dollars when you play through InboxDollars.

Along with being paid for playing games with InboxDollars, you can also get paid for taking surveys, performing web searches, shopping online, entering contests and for redeeming coupons.

Pogo is a place who offers paid games and free games for every platform including mobile phone, PC, Xbox, Wii, Ps3 and many more.

The gaming category of Pogo starts from your traditional games such as Backgammon and Poker to the up to date arcade games. With Pogo, there are two different prize payouts.

Joining Club Pogo can cost you $6.99 per month, you can also be part of several tournaments to earn points, also you can gain access for up to 40 games, and then you don’t have to look at those ads either.

Bananatic is an online website which allows you to play, test and review games, and in return you will earn bananas. The bananas you will earn for playing, testing and reviewing games is the virtual currency, which is awarded for – in game quests and for writing game reviews.

Those bananas can be exchanged for prepaid game content, games, steam wallet, Amazon gift cards and many more.

Gamesville is known as the leader in the online game arena and it has been around since a long time, and it was created by Lycos.

You can be paid in two different ways by using Gamesville. The first way of earning money by Gamesville is through           those free tournaments which are literally about any game, and that includes Bingo. The second way of earning money by using Gamesville is through playing individually in games where your race is against the clock, and there are some games, which have even progressive jackpots.

Slingo is a platform which is free to play and that has tournaments that can give you cash. Slingo has the worldwide membership so in other words you can meet and play with other players from all over the world.

Tournaments, which are held by Slingo, are one hour long, it costs 5,000 coins, and you can win tournament in two ways. Both players can win a jackpot, one who has the top score and the player who has the highest cumulative score. The rewards you will earn can be exchanged for cash.

With World Winner you can win cash by playing in tournaments. World Winner’s tournaments are available for game show, arcade, word games, casino and strategy. Whether or not if you are a crack at Bejeweled, Scrabble, Wheel of Fortune, or Solitaire theirs is always a tournament for you.

You can play each game free until you feel confident enough about yourself to play in the tournaments. Whenever you are ready to join a tournament, World Winner will automatically find an opponent for you with a similar level of skills with their Fair Matching System. If you win, Congrats to you because World Winner will awards you up to $500,000 daily in tournament winnings.

If you, own a game, which is also in the library of Razer Cortex, then you can be paid for every minute. Razer Cortex will pay you in their currency which is known as zSilver and you can earn up to 900 zSilver per day, which equals to 300 minutes per day considering the current rate is 3 zSilver per each minute.

With Razer Cortex you don’t have the option to get paid in cash, but instead you can redeem those points for zSilver merchandise such as headsets and the other accessories. Also it is actually better than some of the other sites which are totally games of chance and also payment isn’t guaranteed.

Another alternative of YouTube, which is dedicated to video games, is known as Twitch. By creating your own channel on Twitch, games from all over the world can watch you playing a game live and they will be able to talk to you. After being a Twitch partner, it is possible for you to earn money through advertisement but it will be based on the length of your videos and number of views on them.

Player Auctions is a platform where you can make money by selling your account’s information. This site was established in 1999, and since then it is helping gamers swapping their account’s information. After doing lots of hard work and beating the game or earning all the coins or badges you can acquire you can acquire your cash rewards by selling it to the most highest.

You can also sell your account for a wide range of games from action games, sport games and RPG franchises like Final Fantasy or Runescape.

Another platform, which has multiple aspects, is known as QuickRewards. With QuickRewards you can earn rewards by playing games or performing additional tasks including taking surveys, watching videos, visiting websites, completing offers and shopping online.

This website is more lucrative in rewards payouts as compared to some of the other sites as you can get paid for cash rewards with a balance of one cent or you can redeem your point to get gift cards starting from $5.

This was the list of those 11 means through which you can earn money just by playing games. also we would love to hear from you guys that which one of the above mentioned ways you have tried and how did it helped you out, and also share your favorite games with us. So don’t forget to comment below and let us know about your experiences.